2 Sprout Your Vision: unearthing the vision of the life you want to live / About beth

Helping others discover and unearth the vision of the life they want to live. 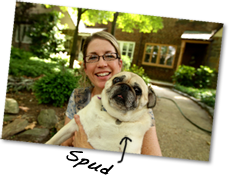 in need of a change

I've been doing visioning work in one form or another most of my life, but I "formalized" the process more than a decade ago when the airline I'd been working for furloughed me for the third time. I was at a dead stand still in my career, and I knew something had to change, but I didn't know how!

Typically in the West, we are goal-oriented. We start with an end goal and then follow the steps to get to this goal. Sounds easy, right? Well, not for some of us (like me, and I'm assuming for you, if you've landed here on my site)!

I'd followed a very linear path—went to college and graduate school, earned a B.A., an M.B.A., and after graduating, got what many would consider a dream job as a diplomat with the foreign service. Though I don't regret any of it, I knew after nearly eight years down that road that it was not the right path for me. The problem was, since this was all I had known or studied, I no longer had a clear direction. I didn't have a clue.

I floundered, knowing what I could and probably "should" do given my educational and professional background, but none of it felt right. So, I did what many of us do when we're lacking clarity—I grabbed on to the first thing that came along! And while the job with the airline paid the bills and enabled me to complete a book project I'd started, I knew it was just a temporary fix. . .

"What should I do with my life?" was the question constantly on my mind during that time, to which I had essentially no answers. What's the natural professional line of progression for a diplomat/ flight attendant/ children's book writer? There isn't one! And because I could see no logical next step, I felt completely stuck.

And this is where the visioning process came in.

Attempting to "figure it out" was just keeping me stuck. After struggling with this wall for a couple of years, I decided to turn things on their head. Instead of trying to force myself to find a logical end goal—in this case, a new career path—I used the visioning process, removing my focus from a specific end goal, and instead focusing on how I wanted my life to look. It sounds counter intuitive, but it worked! Through this visioning process, I was able to gain much greater clarity, and ultimately, I landed a job that was much better suited for me. It was a life-changing moment for me.

After seeing family and friends struggling with similar issues, I began sharing the visioning process with them. And seeing how the process has the effect of profoundly changing lives, I decided I wanted to share it with others.

It's truly a passion of mine—to help others find the vision they have buried within themselves. And it's been such a gift to witness and have a hand in helping others have that "aha" moment of realization! If this resonates with you, I look forward to sharing the process with you!